What does it mean when the distributor’s storage queue has a lot of messages in it?

Another guess is the way to try to fix Distributor being the bottleneck is to horizontally scale the distributor to more quickly distribute the load to the available workers.

The “storage” queue shows basically how how slots are unoccupied.

Also, as many messages are flowing through these queues while locks are hold on to these the shown numbers might hide the truth.

Just look at the main queue on the distributor and check the activity for each worker. Only if the main queue builds up a significant backlog of messages it indicates a bottleneck.

Also, a NServiceBus v6 endpoint can act as a distributor worker (no longer in v7) and can also have the “capacity” configured as shown in the following sample. The capacity can be larger that the configured concurrency limit and can be used to “pre fetch” messages to the worked machine to reduce the latency involved in the forwarding of messages from the distributor machine to a worker machine. 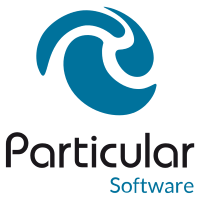 Upgrading a Distributor endpoint from Version 5 to 6 • NServiceBus Samples

Upgrading an existing scaled-out endpoint that uses Distributor to version 6 of NServiceBus.

Last but not least, MSMQ performance with Core v6 is significantly faster due to performance async pipeline improvements. Depending on your workload it might be that fully removing the distributor and upgrading to Core v6 and not even relying on sender side distribution make will your system be more performant.

Thank you @ramonsmits! Thanks for laying out, in detail the mechanics behind all this. Next time I’m monitoring in production, I’ll keep an eye on the distributor’s input queue as well as the storage queue. We’ll be moving the RabbitMQ soon, so we probably wont’ pay the price to refactor to sender side distribution, but if that gets held up, I can certainly look into it.